The former cooperative Sociedad Cooperativa Obrera de Ahorro y Consumo Flor de Mayo was founded in 1890 in Poblenou and in 1896 moved to the new building on 195 Doctor Trueta street (formerly Wad Ras). It became one of the most important cooperatives of Catalonia. Its 25th anniversary memory may be consulted at the ANC. 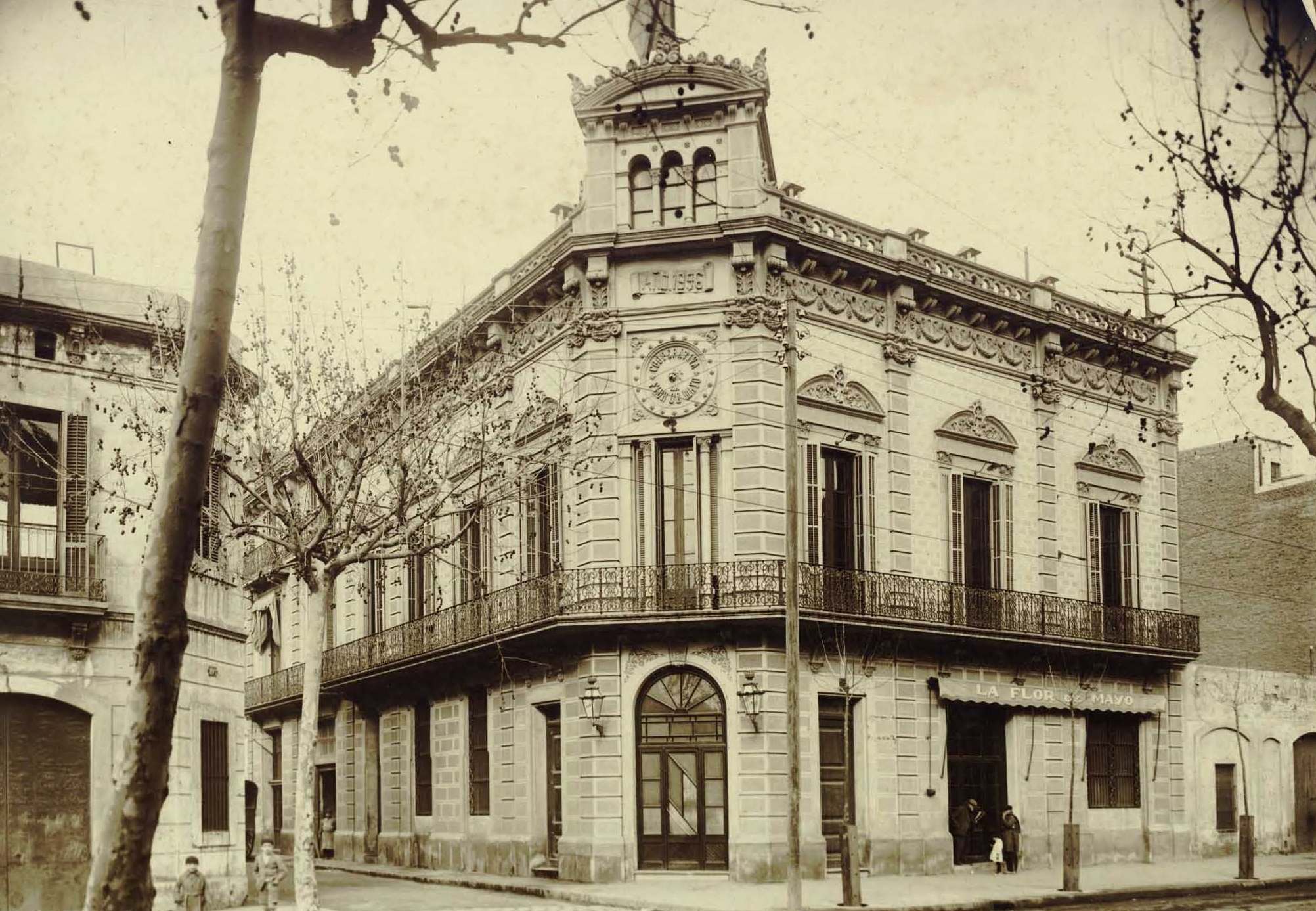 Main façade of the building in 1908 ANC , unknown author

It had many services for the members of the cooperative: library, grocery store, tailoring, shoe store, bakery … 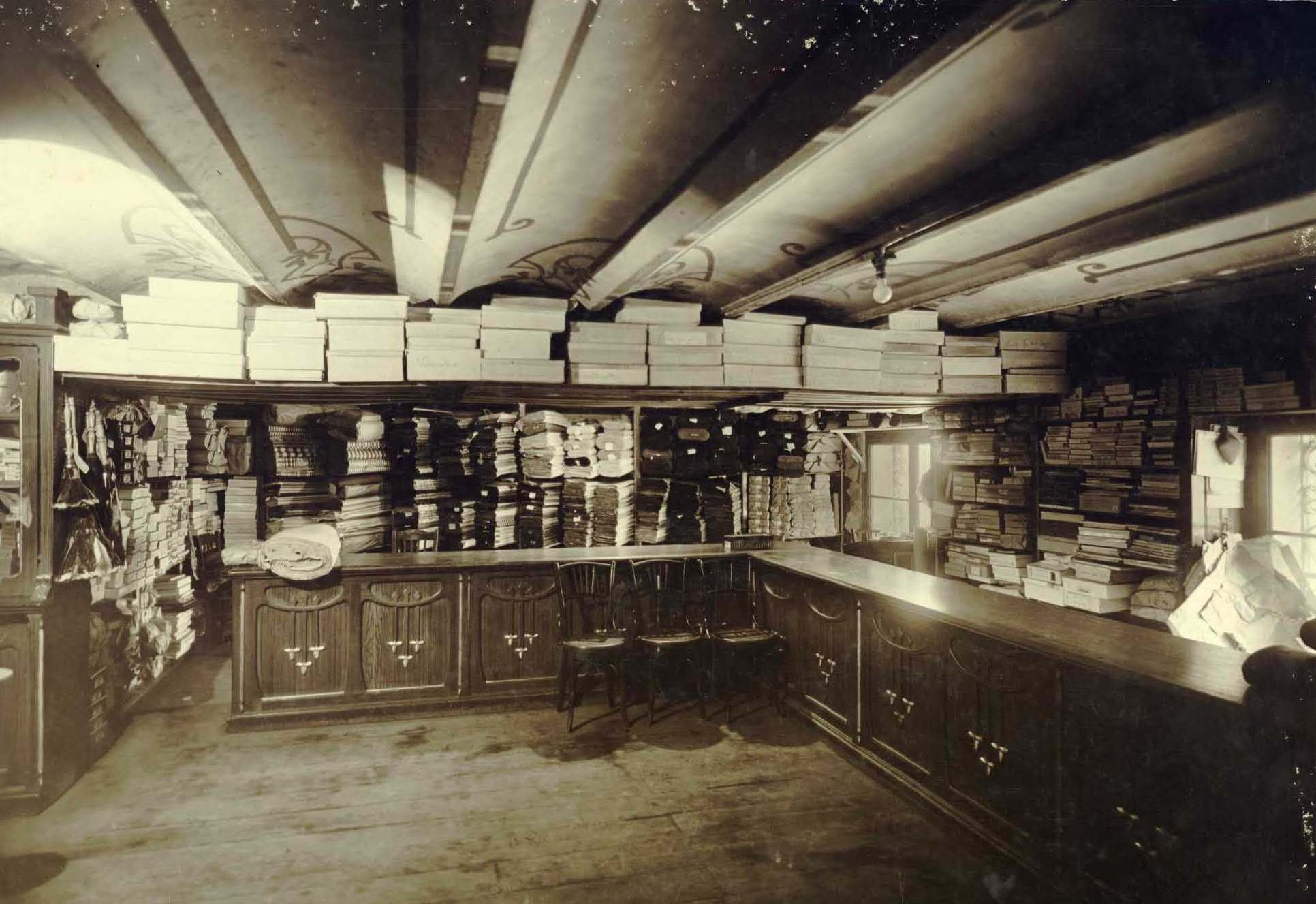 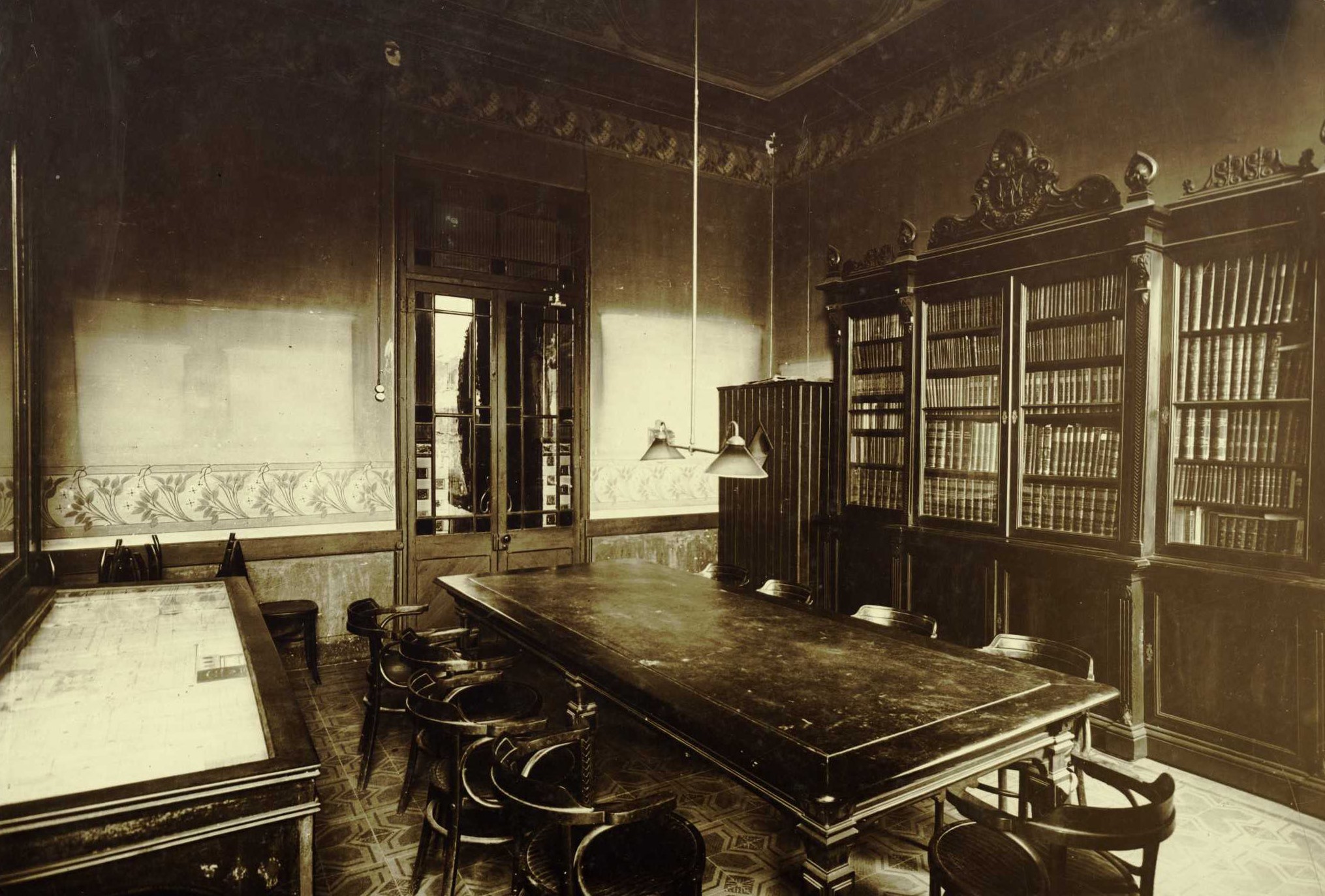 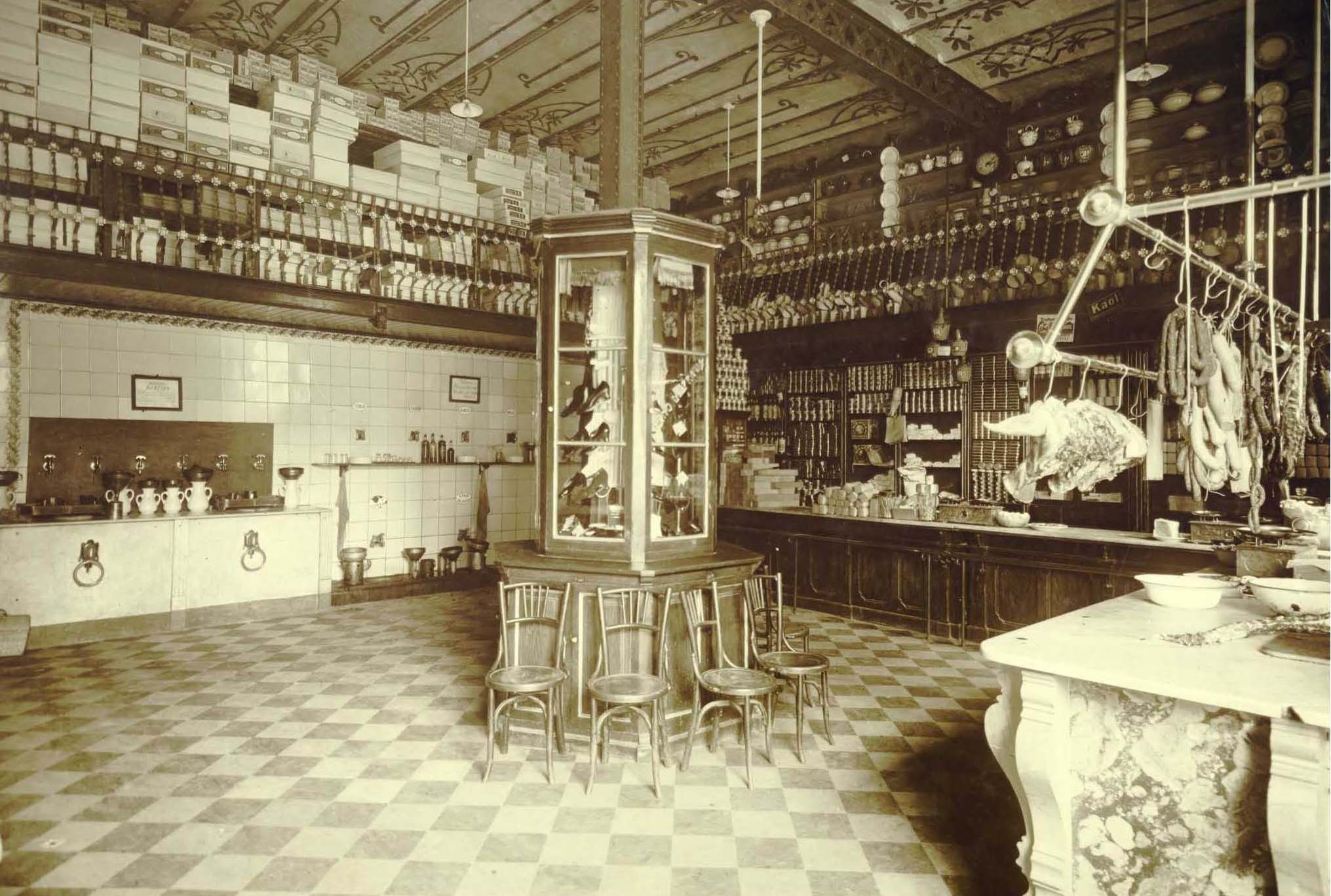 Grocery store on the ground floor in 1908 ANC, unknown author

It had several branches throughout Barcelona, ​​but after the Civil War, the organization fell into decline. In 1950 the cooperative closed and the building passed into private hands. But it continued with its public use in some parts of the building.

In the 70s the Comissió de Cultura de l’Associació de Veïns del Poblenou, led by the journalist Josep Maria Huertas Claveria, demanded the return of the building for use as a location for a partnership of various social and cultural entities of the neighbourhood. The demand bore fruit, and the new association was created opening its doors in December 1978 as the Ateneu Popular La Flor de Maig. 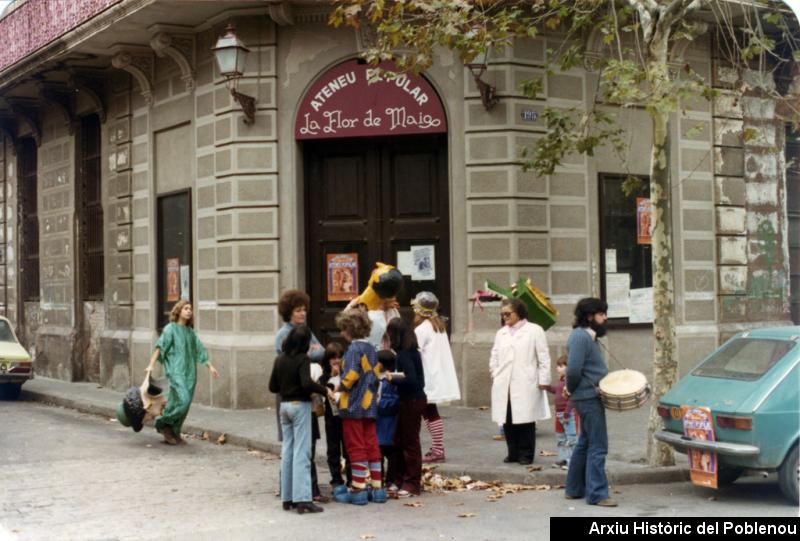 The next year the Ateneu organized some community activities, in order to make them better known in the neighbourhood, and thus was born the Festes de Maig, which became the second festival of Poblenou.

The Cooperativa Flor de Maig is an inseparable part of the industrial heritage of Poblenou, together with the factory buildings and residential areas for workers, which are preserved and catalogued in the Special Plan for Poblenou Industrial Heritage 2006.
Architecturally, the building of the Flor de Maig corresponds to the architectural style of buildings that were built those years in the city of Barcelona. Its style with its classical features gave monumentality to the industrial area that surrounds it.
The original plans of the building made in 1896 haven’t been found, and therefore the author is unknown. But in 1907 Pere Rovira Buqueras expanded the bakery (master builder active between 1870 and 1919 by J. Bassegoda Nonell, in Los Maestros Obras de Barcelona). His knowledge of the characteristics of the building can be seen in his drawings and suggests the possibility of his participation in the original construction. 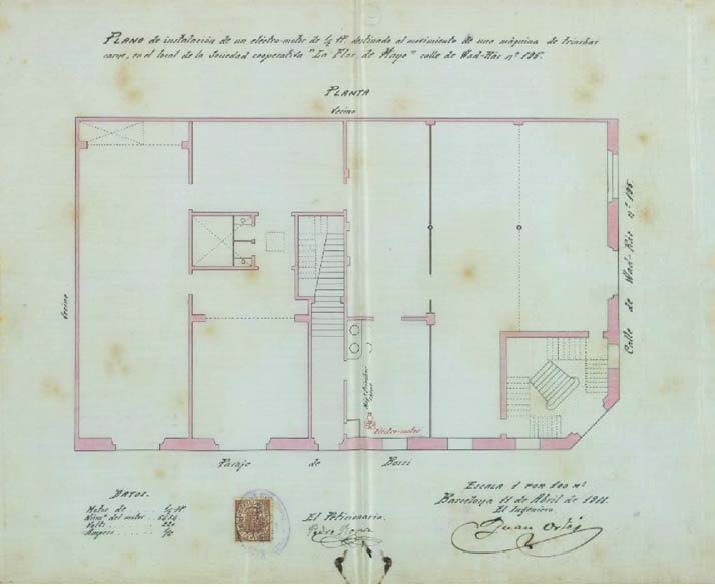 Plan of the reform on the original building ACMB Fo-1442

Of particular interest are three elements in this building: the large space of the old cafè, the imperial staircase and some decorative finishes that are still preserved.

On one hand we have an exceptional example of a structural system of the main floor, in the huge space of the old cafè, with a diaphanous surface of 17×17 m without any pillar or structure in view. It is an example of the use of iron structure to cover large areas in the interior of monumental and public buildings. This space is currently compartmentalized and has lost its magnificence. 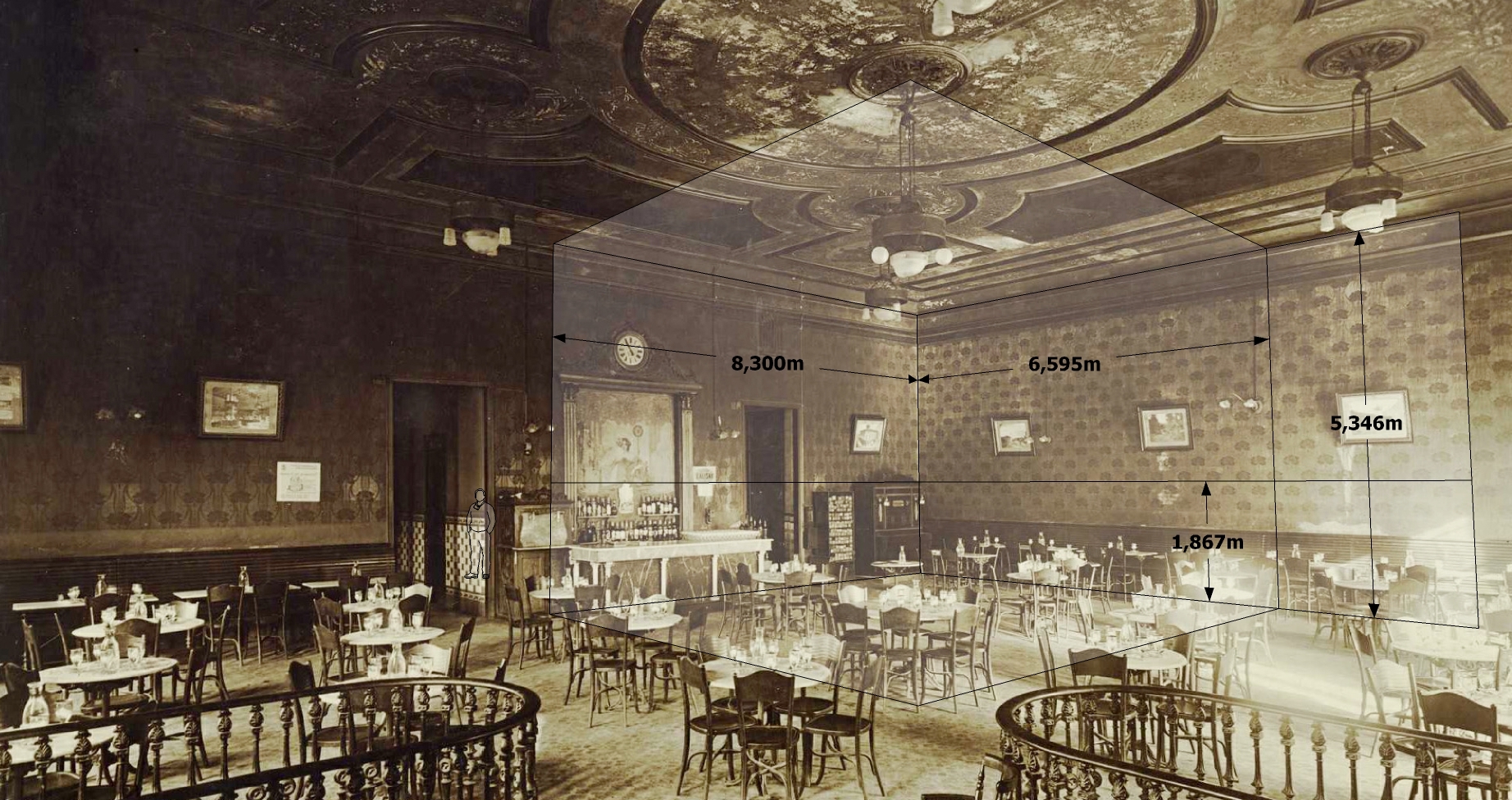 Three-dimensional reconstruction from historical photography by _Pau Majó i Codina 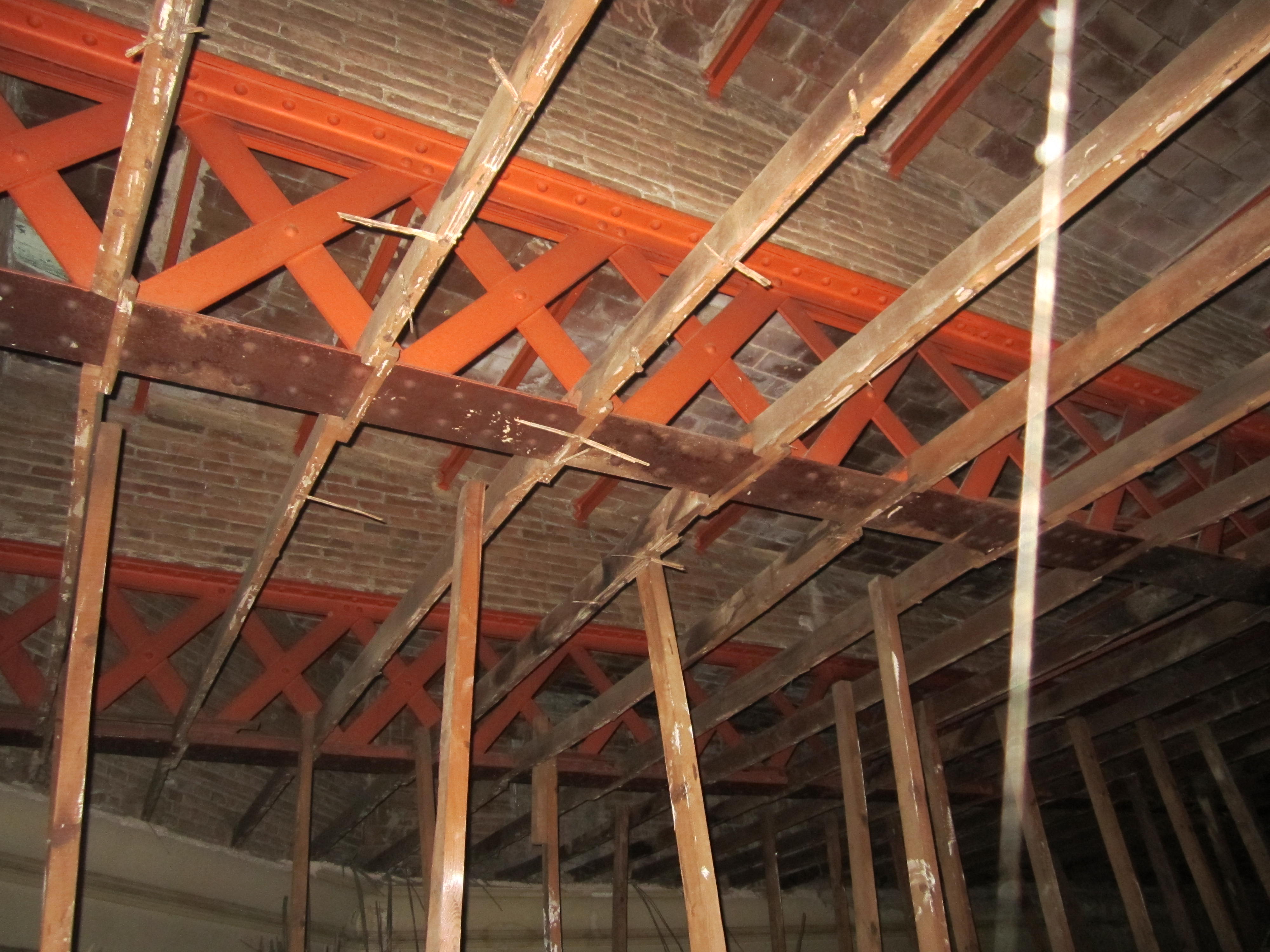 On the other hand we have the impressive imperial staircase that the building originally had. Today all that remains is a stretch of this original staircase. 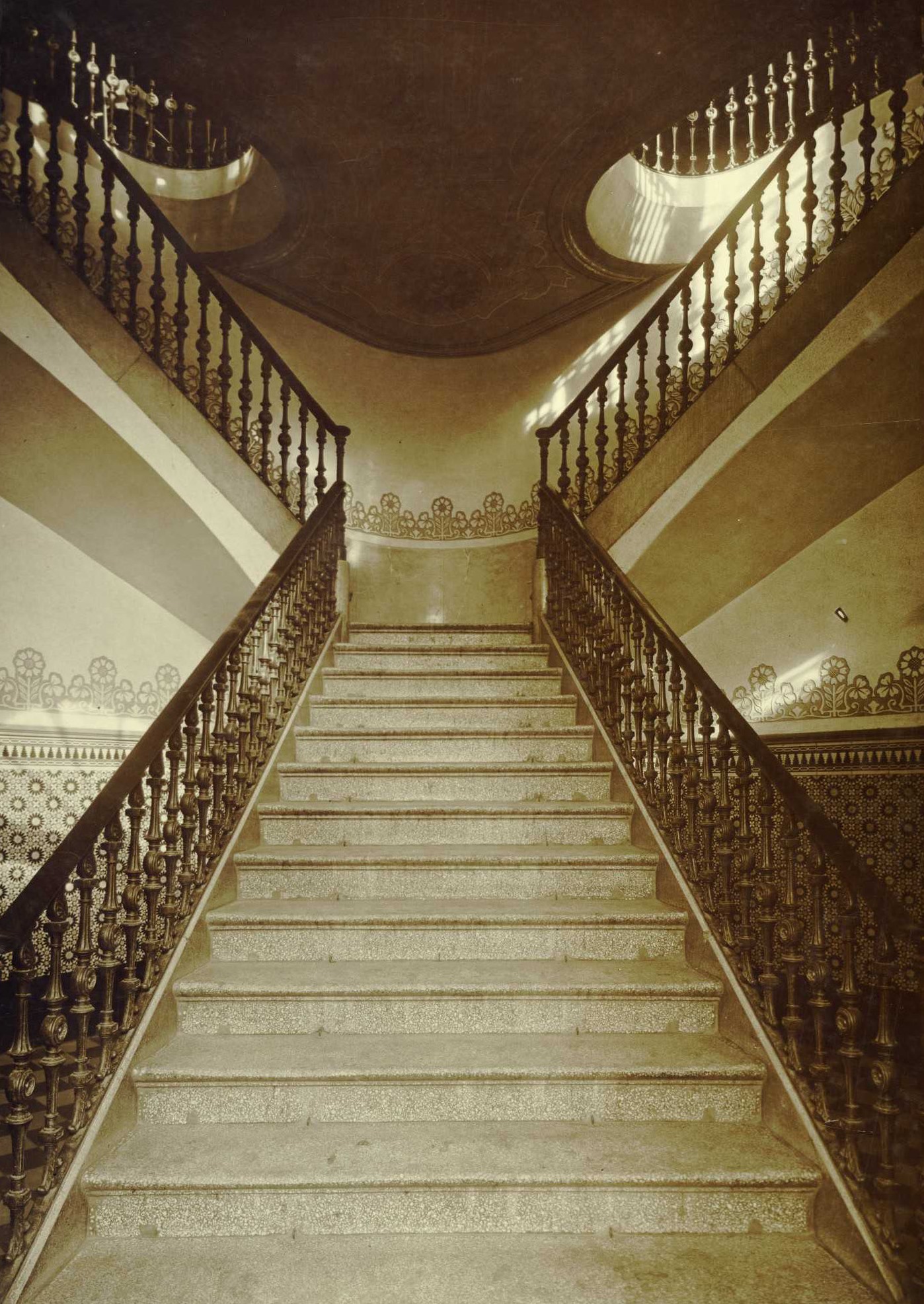 Historic Photograph of the original staircase in 1908 ANC , unknown author 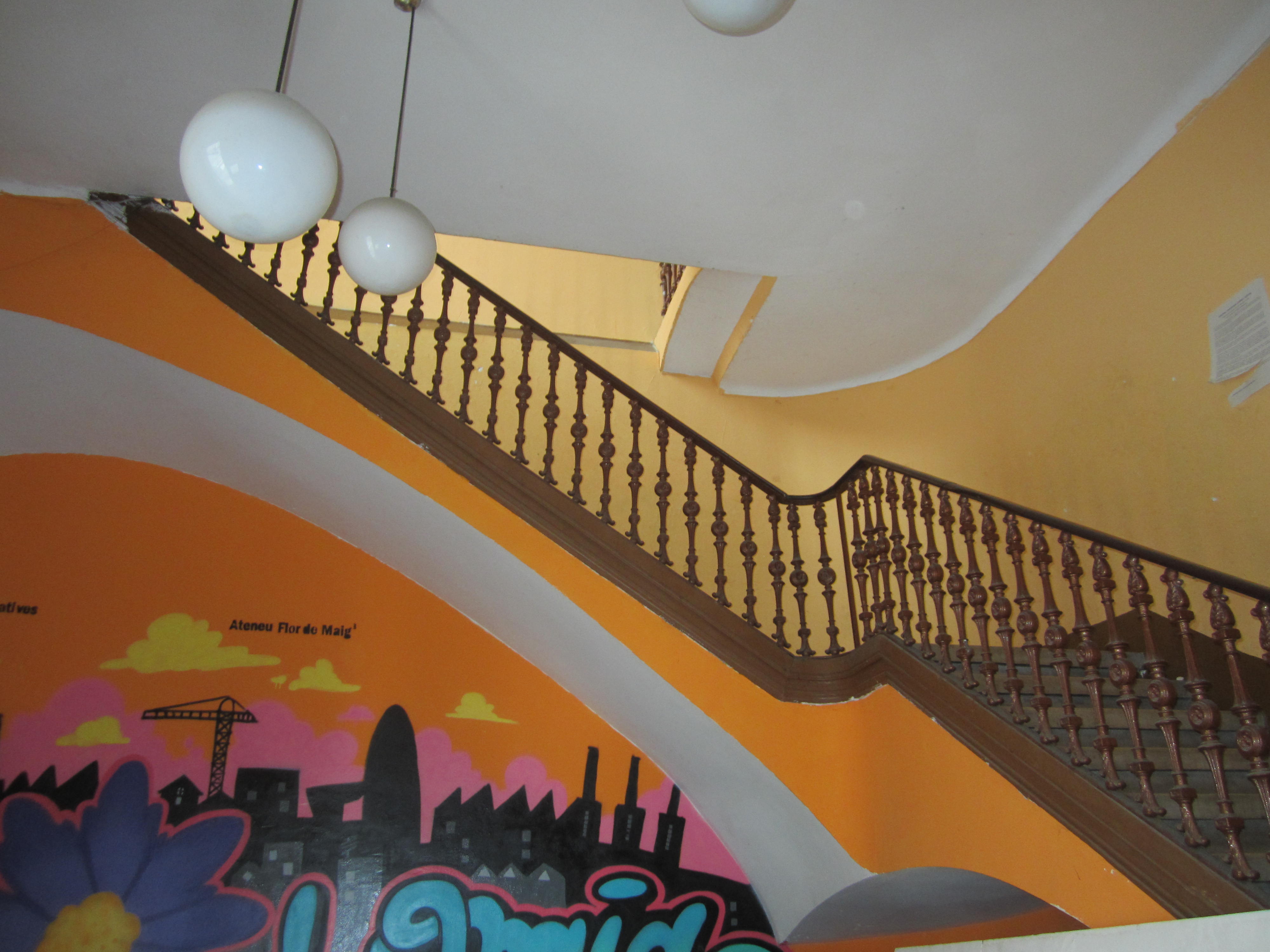 The decorative finishes, although now are very aged, still speak of the ancient splendour that the building had. These can be easily restored.

Comparison between the original encaustic cement tile pavement and the current

The intangible heritage values of Flor de Maig should make possible the recovery of the building, returning it to society in its original splendor.

Hopefully the local goverment, the owner of part of the property, will begin the restoration of the Flor de Maig soon.

We share the report on the heritage values of the building in which we worked, together with Mercè Tatjer and Antoni Vilanova.