La Cité de l’Architecture et du Patrimoine is a museum of architecture located in Paris. The museum is housed in the building of the Palais de Chaillot, designed in 1937 by Louis-Hippolyte Boileau, Jacques Carlu and Léon Azéma. This building, with two wings that form a large arch, was built on the remains of ousted Trocadero Palace, 1878 (which was constructed for the International Exhibition of that year, but did not have the favor of the public). The Palais de Chaillot replaced the central body by a large esplanade with views to the Eiffel Tower.

The current museum has its origin in the Musée de Sculpture Comparée, created in 1882 by initiative of Eugène Emmanuel Viollet-le-Duc, in the old Trocadero Palace. The exhibition was formed by a large collection of Moulages (casts that are full-scale replicas) of medieval decorative architectural elements. Over the years the collection was expanded with more reproductions, models of buildings, models of wooden structures, etc. In 1937, the museum was relocated to the new building with the name of Musée des Monuments Français. Under the direction of Paul Deschamps, reproductions of medieval wall paintings were added. 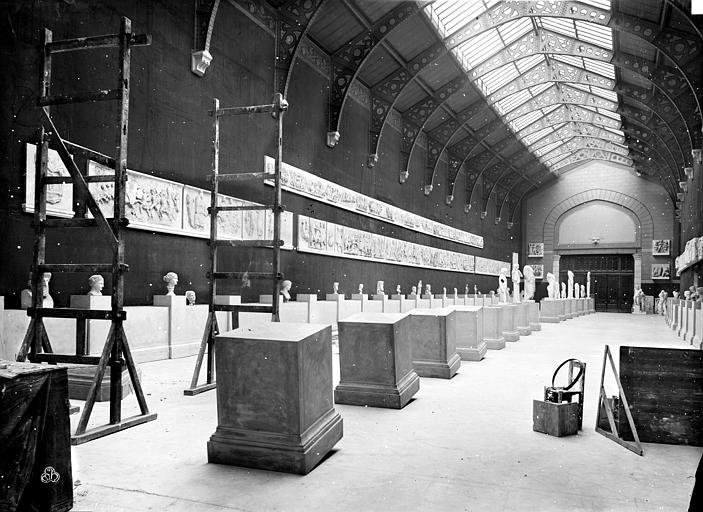 In 1997, after a fire, the museum was closed for ten years. The architect Jean-François Bodin was responsible for remodeling, and in 2007 opened the doors as the Cité de l’Architecture et du Patrimoine. The new museum reorganized the historical elements and created a new gallery devoted to the landmarks of the history of French architecture since 1850. The ground floor houses the plaster molds and architectural models, following the landscape of French monumental sculpture and architecture from the twelfth century to the eighteenth. It is curious to see the artworks of the museum that are kept in perfect condition, while many of the originals of which were copied  have suffered damage and destruction over the years. 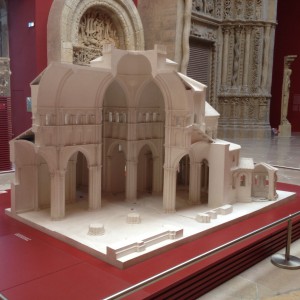 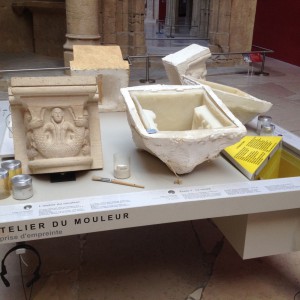 The second floor has two levels and displays copies at 1: 1 scale of French mural art from the eleventh to the sixteenth century. The labyrinthine spaces that reproduce the interior volumes of chapels, vaults and crypts have a dim artificial lighting recalling the intimate atmosphere of the original buildings. Some reproductions of stained glass windows from the twelfth to the sixteenth complement this retrospective. Here in Catalonia, the MNAC preserves the original paintings and in the buildings on site there are copies! 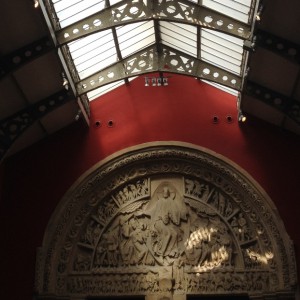 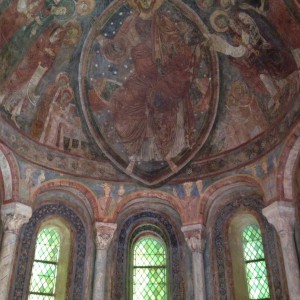 Finally, the new hall offers a panorama of French architecture from 1850 to today. One hundred models, drawings, digital documents, photographs, films and books illustrate the extraordinary architectural and urban development of this period. The section Concevoir et Bâtir is dedicated to architectural design, exemplified with tools, drawings, interviews and several buildings. The section Architecture et Société goes deep into the city as a reflection of social transformations. The highlight of this section is a reproduction element at 1: 1 of one of the houses of the Cité Radieuse from Le Corbusier, in Marseille.